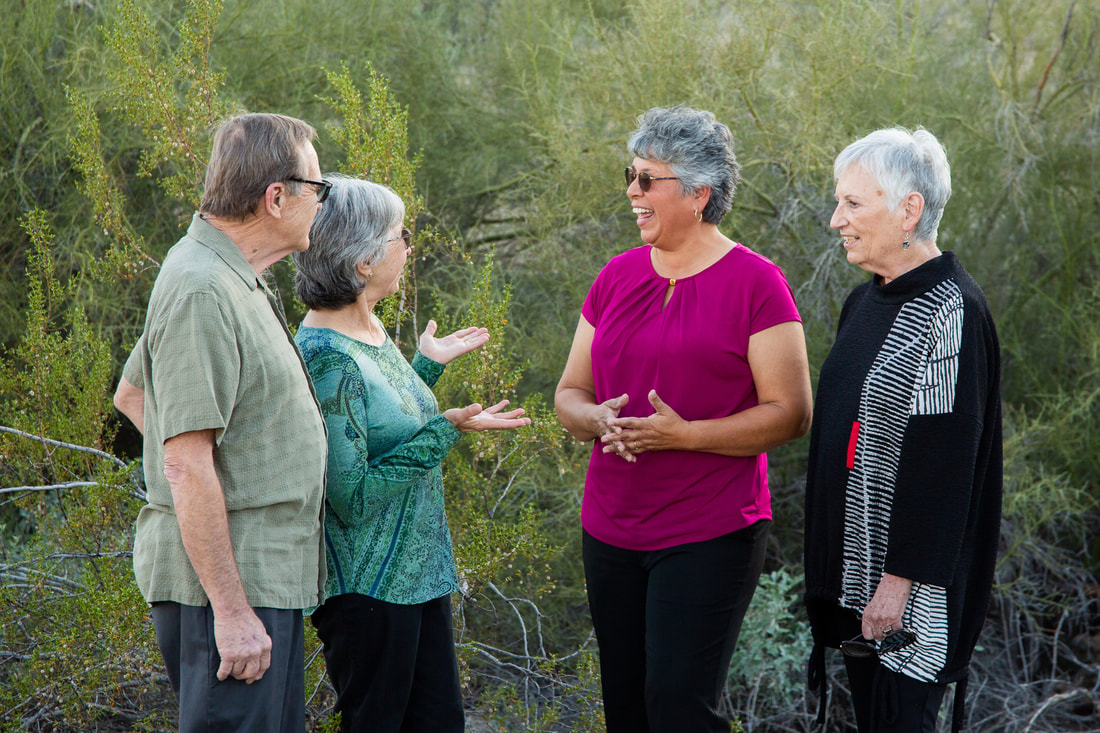 I am a third generation Arizonan. My great-grandparents emigrated from Mexico before Arizona was a state and settled in Morenci where my great-grandfather worked in the mines. They became seasonal farmworkers after moving to the Yuma valley in the 1920’s.

My great-grandparents, grandparents, and parents were all at one time farm workers. They worked hard to provide for their families. My grandfather eventually became a salesman in a department store in Somerton and my father became a successful businessman in Yuma.

I am the second oldest of 8 children in my family. I was the first to graduate from college and six of us  graduated from ASU. Me, and two of my sisters, have Master’s degrees. We all believe in public education, hard work, and caring for our neighbors.

Two of my sisters are educators. One works here in Arizona in the Roosevelt School District. Our educators need to be rewarded and justly compensated for their years of service, being certified, and taking continuing education courses. Our state ranks LAST in per pupil spending. We can do better.

I worked with seniors the past 25 years providing recreational and social services and resources for them. Seniors need resources for caregiving, reliable and safe transportation, and information and resources to keep them safe in their homes as long as possible. I hope to strengthen laws that will provide them more security so they can age in place. We can do better.
​
As an Arizona Native, I am concerned about our environment and the effects of climate change. Climate change is not only a problem for our forested and rural areas; it is also an urban problem that needs to be addressed. I will work to improve our State’s resilience to the effects of climate change and protect our precious water resources. We can do better.

We are a very patriotic family. My dad was a proud Army veteran, having served in the Korean War. As a family, we attended Veteran’s Day parades in Yuma every year and still continue to do so. My dad was the post commander of the Somerton American Legion where I spent many days as a youth. My dad was also often the emcee or speaker at the American Legion program in Yuma after the Veteran’s Day Parades.
We attended Memorial Day activities, too. I have great respect the sacrifices of all of our military both living and who have passed. My father believed, just as I do, in the promise and opportunity of this country. He fought for freedom and democracy and I will too as a State Representative for this district.